So today we leave the remote town of Cocklebiddy and head further east across the border to Ceduna.
This leg of the roadtrip required careful calculation and planning with regards to sufficient fuel, particularly for a car that must have 98 RON fuel and has a rather small tank compared to most sedans. We briefly became a courier service when asked to deliver a water-heater unit to Madura Pass, which was unusual but we happily helped out with the simple delivery.

After a big steak for breakkie and departure around 10:30, we briefly stopped at Madura Pass Oasis Inn which sits within one of the few parts of the Nullarbor that isn’t flat. Worth noting this petrol station has 98 RON fuel and as with all Nullarbor roadhouses, a vast collection of memorabilia themed to each town and their place in the Nullarbor. I’m usually not one to grab these items but this crossing is quite significant for anyone to tackle due to the length of time it takes and mental focus to stay sane 🙂 So I’ve grabbed a few little items and will make sure to grab some more on the way home! Thankfully today that engine light had gone, perhaps the cause of contaminated fuel from Balladonia where the warning lamp first appeared, hopefully that’s all it was!

Unfortunately time was starting to slip from our fingers and we chose to skip some of the lookouts and scenic views that connect the vast tree-less plains to the Southern Ocean, however we were punished with a double-whammy when visiting the Head of Bight which was already closed at 16:00 – made more painful by missing this by about 20 minutes and the loss of time by transitioning into a new timezone. One to try again on the return visit!

Eucla and Border Village were not too far away with the Nullarbor views mostly low-shrubs and the odd small tree, though there is a section with only small shrubs and red dirt which really hits home the message of where you are! At Border Village, make sure to grab a photo at the red structure marking the WA & SA borders. Now I’ve finally visited South Australia!
One tip I would give for cars that don’t have extraordinary mileage and a small tank requiring 98 RON fuel is to grab a bottle of octane booster in a major city (before starting the Nullarbor crossing) and follow the instructions to achieve a small lift in the octane rating which in turn makes the fuel compatible while minimising the chance of engine knock! I’ll make sure to grab another bottle of this for the return journey as I split the bottle with another friend who required a boost also.

The trek from Border Village to Penong, my next fill-up, was very long and used almost an entire tank, so careful monitoring of fuel economy was important, though that’s easy as there wasn’t too much new scenery on this long stretch! We briefly stopped at the windy Nullarbor Roadhouse, where I wisely chose to clean my windows, but unfortunately without the rag I previously had, toilet paper unraveled from the roll in a gust leaving me red faced!
From Penong we easily reached Ceduna in no time where the Ceduna Motor Inn were happy to make my late check-in a breeze.
Upon arriving to Ceduna – from the West – there is a mandatory quarantine check. This doesn’t take long and it’s important to make sure certain fresh foods are not brought across the border. The quarantine checkpoint heading West is at Border Village.
For the remainder of the evening our crew setup camp at a nearby caravan park and while some went stargazing, I enjoyed a game of Uno with the remaining friends staying back, before too long that ‘early night’ had slipped away!

Before finishing this post, here’s a small video profile of me uploaded tonight, in the lead-up to the PolArt performing arts festival in Melbourne: 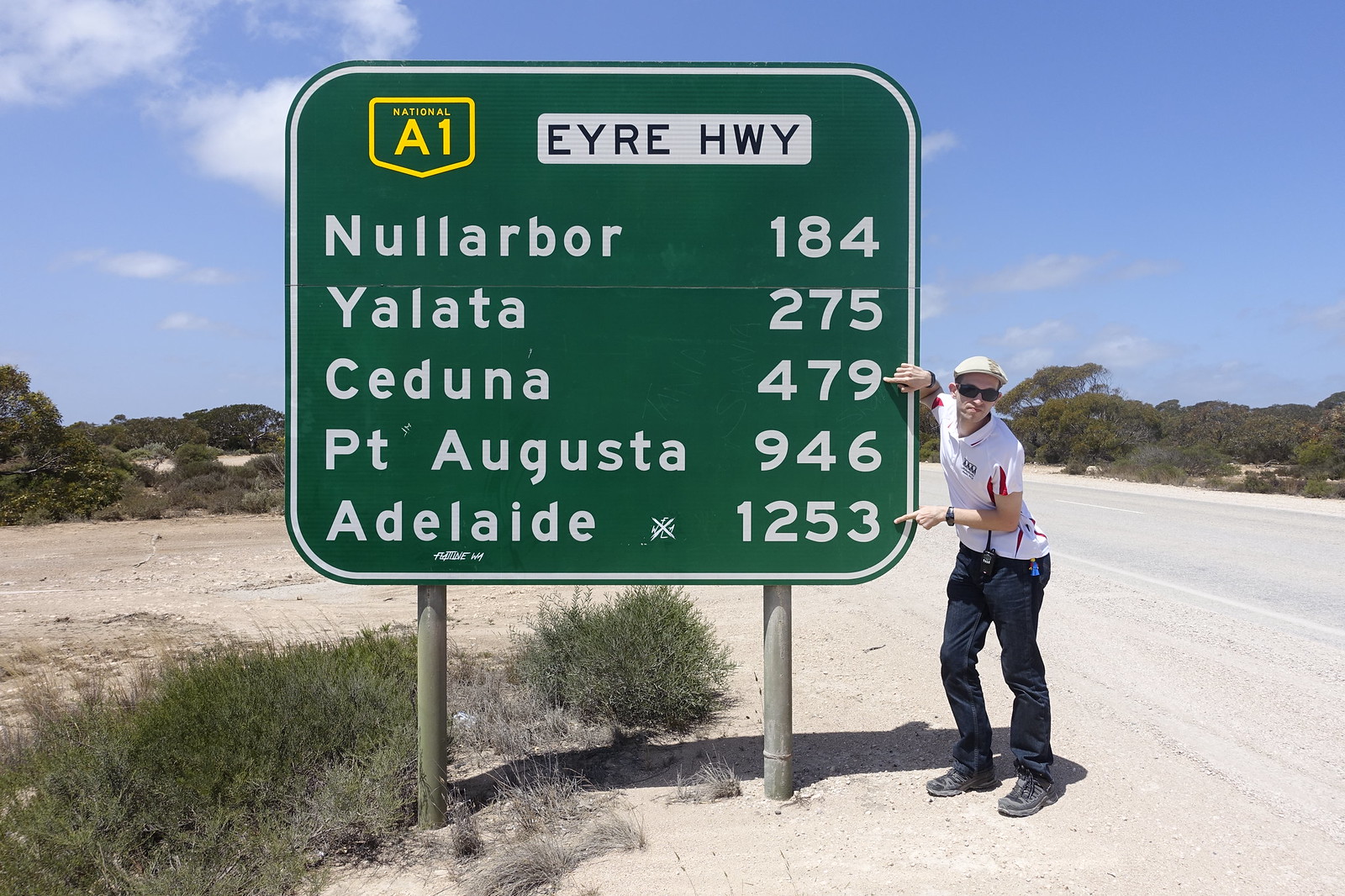