Day two of Journey 18 takes us from Esperance to Cocklebiddy.
We started the morning off to a great note with a visit to Lucky Bay, part of the Cape Le Grand National Park. There are many known and beautiful beaches in this part of Western Australia, though this one in particular is simply breathtaking and all of us were gobsmacked where the cyan blue waters contrast dramatically against the pure white – and squeaky – sands of the shore plus the backdrop of the surrounding red rock landscape. If you’re in this part of the state, it’s a worthwhile detour and I’ll be sure to visit again soon!

Driving from Esperance to Cape Le Grand and later towards Norseman, it’s difficult to comprehend the scale of the recent bushfires that raged through the area affecting Scaddan, Grass Patch and Salmon Gums all along the route and it’s a surreal scene that hits home what a tremendous effort the firefighters had made to combat the flames.
Worth noting that Salmon Gums BP does not have 98 RON fuel despite the signage out the front suggesting so.

In Norseman we filled up quickly and for me was a highlight seeing the signs that bring together Perth, Albany, Esperance, Adelaide & Kalgoorlie into the same picture – we were about to begin the pointy end of the trip where services are limited and vast expanses of land are in front of us for the very long 1200km drive to Ceduna where we start rolling through many towns. Surprisingly BP Norseman did have 98 RON fuel despite the BP website not indicating this.

We continued on towards our final destination for the day of Cocklebiddy, though not without drama as my car’s engine light remained on after filling up at Balladonia Roadhouse.
After checking some obvious sources that could throw this error onto the dash including spark plugs, I made the call that we out to press-on towards Cocklebiddy regardless. Along the way we took a few quick group photos at the starting point of the 90-Mile-Straight – Australia’s longest straight stretch of road. The road is all straight and reasonably flat and times flies fast while traversing this stretch of the Eyre Highway.

As it turns out, my car drove perfectly fine for the remainder of the day and kudos to the crew at Cocklebiddy Wedgetail Inn who still took us in despite a later than anticipated arrival while they enjoyed beers on the front porch 🙂 We had a great night’s rest here and highly recommend staying here when making the journey across the Nullarbor. 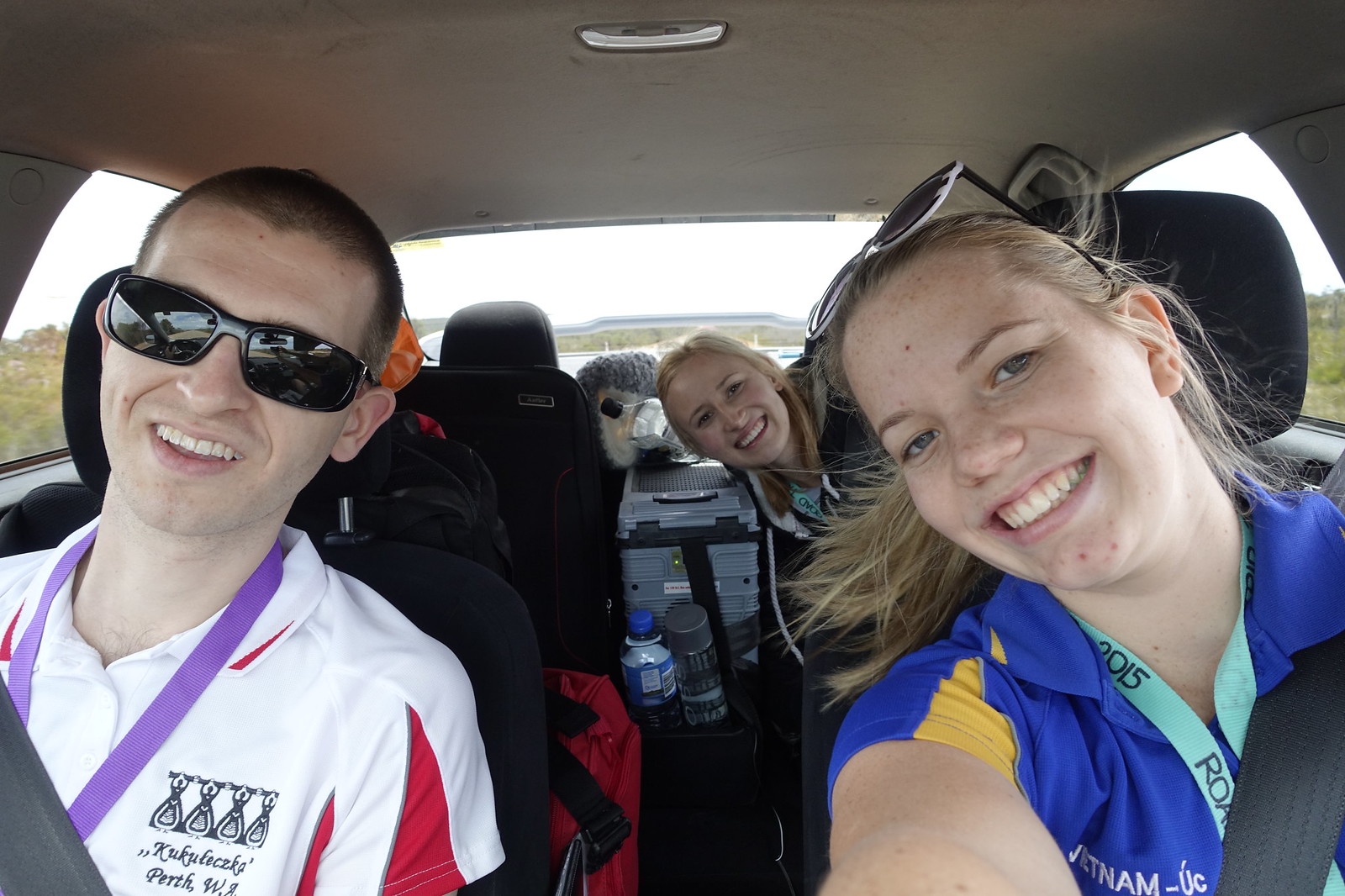